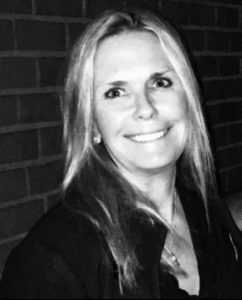 Anne grew up in Charleston, WV, and started playing tennis at just five years old because her friends teased her that she couldn’t play. By the time she was nine years old she was #29 in the U.S. in the 12’s. Anne’s father, Pete, was captain of the WVU basketball team in 1955 and he shared Anne’s passion and drive for sports.

At 14 Anne did not have a coach during the winter and was only able to practice indoors 3 hours a week. Nick Bollettieri watched her play in the National 16’s and offered her a scholarship to train in Florida at what is now the infamous IMG Academy. After two and a half years in Bradenton, FL, she then went on to college at USC where she played #2 as a freshman. Anne finished the year as an undefeated All American and USC won the National Championship. Anne also won 3 USTA gold balls in one day at The U.S. Amateur Clay Courts in Pittsburgh, PA, winning the singles, doubles and mixed doubles.

In 1981, after two years at USC, Anne turned pro and played eight years on the circuit reaching #19 in the world in singles and #9 in the world in doubles. She won one singles title and eight doubles titles with six different partners, including Chris Evert.

After her pro career on the court, Anne performed color commentary for several professional tennis tournaments, including the 1988 and 1989 USA Network U.S. Open. Anne also appeared in numerous television commercials for Reebok, Avia, Michelob Beer and Carefree Gum. In addition to her time as a commentator and commercial work, Anne spent 16 years in her second career in the luxury goods arena as a Director of Wholesale for Cartier and Jaeger-LeCoultre watches.

Tennis came swinging back into her life three years ago after having lunch with Nick Bollettieri who reignited her love for the game. Anne produced a feature documentary about Bollettieri for SHOWTIME, “Love Means Zero“, which premiered in June 2018. Watch the Love Means Zero trailer here.

In 2016, Anne was inducted into the USTA Midwest Hall of Fame, a distinct honor. She has been the emcee at several tennis exhibitions at The Greenbrier Resort with Pete Sampras, John McEnroe, Venus Williams, Jim Courier and Andy Roddick. She is a producing partner for a new online interactive reading platform called REED (Read, Experience, Explore and Dream). The REED platform allows you to collect points, maps, photos and music to enhance the reader’s imagination and reading engagement.

Anne is currently the Director of Tennis at the Beverly Hills Tennis Club. Anne also serves on the Board of The Hollywood Boys and Girls Club and divides her time between Los Angeles, CA and Longboat Key, FL.

Wimbledon Fashion: Women Who Dared To Set A New Trend

Article: It’s Showtime for Bollettieri and His Academy

Anne White to be Inducted in USTA Tennis Hall of Fame

A Century of Tennis Fashion

A Fashion History of Tennis Uniforms

Article: Wimbledon's most controversial outfits and best fashion moments from the tennis championships over the years

Article: Against the all-white rule at Wimbledon